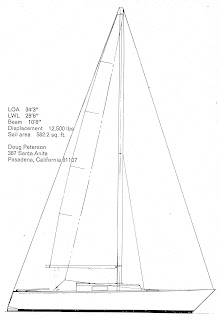 This post has been timed to coincide with, and celebrate, the 40th anniversary of Ganbare's historic win in the North American One Ton Cup Championship in May 1973 and her near win in the One Ton Cup later that year.

Ganbare had her origins in the difficulties faced by Doug Peterson who, at 28 years old, was wanting to establish himself as a designer but was something of an unknown quantity. Peterson decided to gamble on building a One Tonner to his own design with the objective of qualifying for the 1973 One Ton Cup to be held in Sardinia, Italy.

Ganbare had taken form in only 11 weeks from first pencil lines to launching. She was Peterson's first design, and it took all he had to get her in the water. The design approach that was necessitated by budget constraints also represented a fresh appraisal of length, sail area and displacement, all of which resulted in more favourable ratios of length to sail area and length to displacement. At 12,500 pounds displacement she was lighter than other yachts in her class, with most boats averaging between 15-20,000 pounds. Peterson said at the time, "Part of my reason for keeping the weight low was to keep the cost down, but after my calculations I decided she would also be better. I felt other designers were trying to get the most size allowed under the rule, so I went back to the basics of what I thought it took to make a boat go fast." 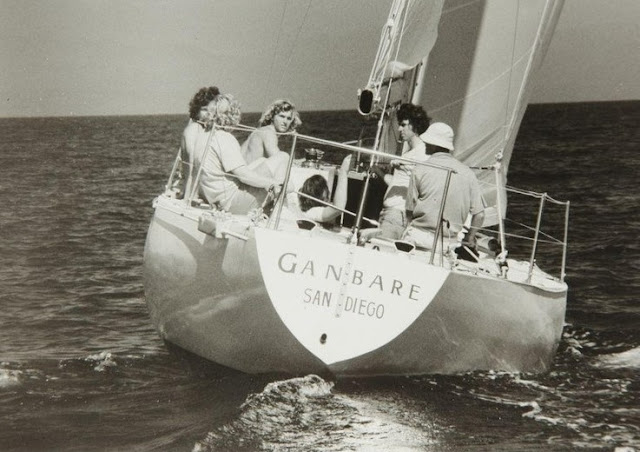 One of Ganbare's most unusual design features was her flatter garboard area, which allowed a slightly longer keel in the vertical dimension and thus a higher aspect ratio. Ganbare also featured what would become the Peterson trademark of a deep forefoot, narrow 'pintail' stern and rudder mounted directly under a small transom. 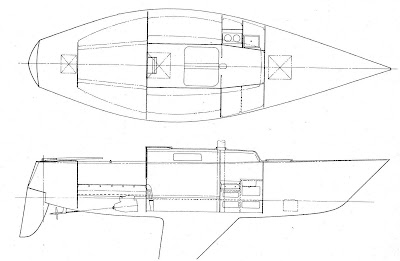 Peterson contacted Carl Eichenlaub of San Diego about building his One Tonner, and commented later that Eichenlaub "had trust in me as a new designer, and paid personal attention to every detail even though the boat had to be built as cheaply as possible." Cost savings were also evident in her hardware, with the yacht carrying just four winches, and instrumentation was limited to a windex, speedo and compass.


She had gone into the water only three days before her race, leaving just a few hours for tuning. Adding to the odds against Ganbare (which means good luck in Japanese) was the fact that Peterson had never before skippered a boat in a major race.  Further, measurement difficulties meant that pigs of lead had to be bolted to her foredeck to achieve a One Ton rating. 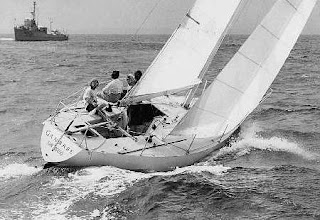 The North American One Ton Championship was held as part of the Yachting Cup Regatta, hosted by the San Diego Yacht Club in late May 1973. Even with strips of paint peeling of her bottom, Ganbare put on a dominant and unexpected display by winning the series, and ensuring her selection for Sardinia (along with Ted Turner, sailing the Olin Stephens-designed Lightnin', and Ted Hood in his latest Robin). Nevertheless, Peterson and Ganbare were not regarded as a serious threat by the contenders who assembled in Sardinia - after all the North American series had been sailed in light breezes that would favor a small, light boat, while the One Ton Cup itself would be sailed in the area around Sardinia's Straits of Bonifaccio which is noted for boisterous winds and turbulent waters. Peterson optimised Ganbare's trim for the series to allow removal of the hastily fitted lead on her deck, and refinished the bottom of her hull which had been showing signs of peeling off during the US trials. 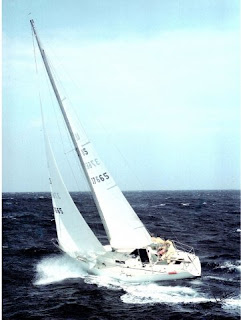 But even in a breeze Ganbare was fast, and went on to finish first in four of the five races in the One Ton Cup. But such a dominant display was not to be rewarded with the Cup itself, as a navigation error in the middle distance ocean race saw Peterson and his crew round a turning mark incorrectly and suffer a 5% penalty - dropping Ganbare from first to 13th in the bonus scoring race. The Italian yacht Ydra, designed by Dick Carter and which had finished second in 1972, seized the series lead. A win in the second Olympic race, when Ganbare finished third, secured the victory for Ydra.

Thus Italy finally gained the One Ton Cup, while Peterson achieved what was termed at the prizegiving as a moral victory. Fortunately, Ganbare was sold before the series ended, enabling Peterson to repay the debts incurred in building and campaigning his champion yacht, and achieving several new design commissions.


Although the Ganbare concept would itself be surpassed in later editions of the Cup, the changes introduced by the Peterson approach restored interest in the One Ton class and paved the way for a more experimental approach for other designers, and soon saw the former dominance of Carter and S&S surpassed. As New Zealand sailor Bevan Woolley (sailing aboard Hann) said at the time "before Sardinia, One Tonners had reached the end of an era - no one knew which way to jump. Doug Peterson showed everyone which way, and suddenly One Ton racing is all on again."

Still in Italy, Ganbare won the Niulargue race in St. Tropez in 1999, before she underwent a careful restoration and re-launching in 2007.  She is presently for sale in Tuscany. 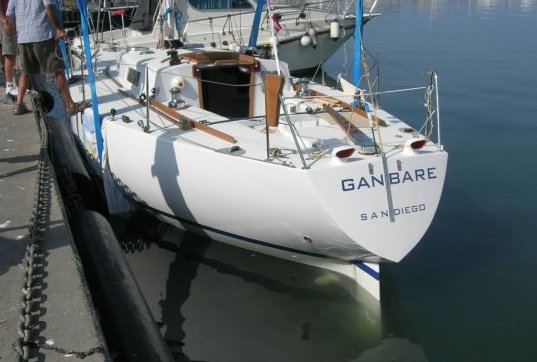 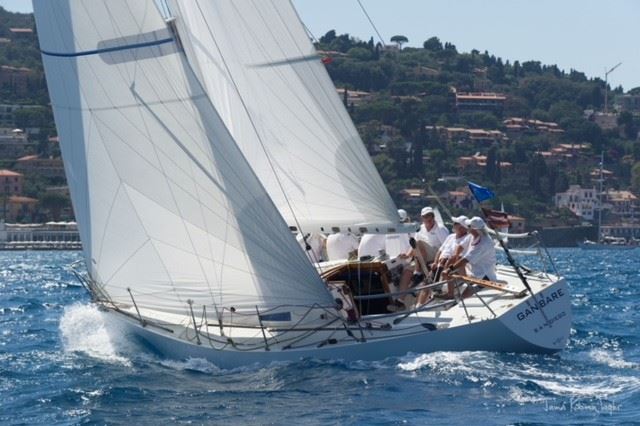